Chick-fil-A® offers a unique career opportunity. If you are not familiar with one of America's largest chicken restaurant companies, you could be missing out on much more than a great meal. Atlanta-based Chick-fil-A, Inc. is the nation's second-largest quick- service chicken restaurant chain (based on sales), with nearly 1,400 restaurants in 37 states and Washington D.C. In 2007, Chick-fil-A produced record sales of $2.64 billion -- a 16.09 percent overall increase and an 8.47 percent same-store sales gain that helped extend the chain's streak of consecutive sales gains to 40 years. 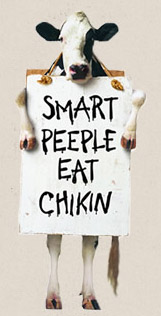 It all began just under 60 years ago with a man, a piece of chicken and a dream. In a small suburb outside of Atlanta, Georgia, Truett Cathy had the idea that he wanted to make the best chicken sandwich ever. He made it, and now Chick-fil-A is one of the nation's biggest restaurant chains that is owned privately. First opened in 1946 as the Dwarf Grill in a small house in the Atlanta suburb known as Hapeville, the name was later changed to the Dwarf House. By 1967, however, Cathy had applied the more appealing name of Chick-fil-A to the restaurant and he opened it in a mall in Atlanta. Instead of scaling down in service, Chick-fil-A aimed high and in 1985 opened the very first of its restaurants that offered full service so that people could sit down and have a regular meal with their family. This was in Jonesboro, GA and would be followed a year later by complete restaurant location in the big city of Atlanta. The untraditional Chick-fil-A location as a store option, however, was not to disappear. In 1992 the first university campus store locations started popping up at Clemson University and Georgia Tech. These were done with the license-based business arrangement. The next year a drive-through was set up in another town as well a hospital location. From there the company continued to rapidly expand so that by the end of 2000 Chick-fil-A could boast a net revenue topping $1 billion. 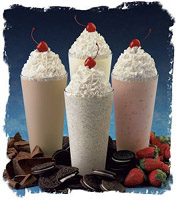 Yet although Chick-fil-A has followed, more or less, the aggressive business strategy that is the marker of successful enterprises across the United States today, there is a moral core to its philosophy. Indeed, the company was founded upon a religious base and a dedication to public service and thereby has gained the reputation of being a charitable investor in programs that support foster care, student scholarships, and moral education for young children and adolescents. Another distinction that helps to illustrate the quirkiness of the operation of Chick-fil-A is that they close every Sunday. Having a strong religious foundation, they explain their reasoning for this tradition as a part of their plan to make sure that their employees get at least one day of the week to relax and spend time with their family, go to church, or otherwise spend their time not working. It is demonstrative of a certain human touch that seems to separate this company from many others.

For those who are interested in becoming an operator of a Chick-fil-A store, the company is looking for dedicated individuals who seek a fulfilling, direct approach to the business.